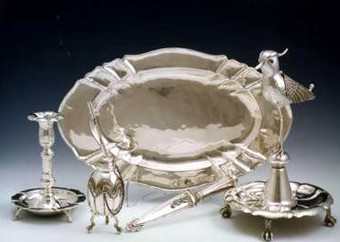 The Guerrero Craft
The state of Guerrero has achieved international recognition thanks to its many artisanal manufacturing. They are recognized by their ethnic and regional different local contributions, beauty, exoticism and quality as the utilitarian nature of the garments and objects usually adds individual artistic treatment.

Some crafts preserved originally a ceremonial character, which has allowed to persist in its local production with identifying features, iconography and rituals of each producer community, such as the cases of amuzgos textiles, pottery of Alto Balsas, Olinalá Lacs or Acapetlahuaya and wooden masks or skin, among the most remarkable.

For some time now, the marketing of the various branches of handicrafts has increased with the growth of tourism locally, nationally and internationally. In this sense, the craft has proven to be a good supplementary source of income and in some cases-and specialization has become an alternative source to traditional peasant income in both indigenous and mestizo communities. However, the phenomenon of hoarding, the lack of proper marketing channels and the distribution costs have restricted monetary benefit of producers. The same diversity and in some cases the quality of craft production has been affected by the effects of their insertion in the modern market, which requires competitive prices, even at the expense of a reduction in quality. As background we must

note that the origin of the Mesoamerican people highlighted the use of fibers, such as cotton, palm or maguey, the stone and wood carving, and pottery, among others. For its age, going back to the same pre-Hispanic times, stand pottery, basketry, textiles, lacquer and precious metalwork.

During the colonial era craftsmanship was enriched by the contribution of Spanish traditions, Asian and African, in line with local needs and influences of each historical period and cultural region.

Today the gold highlights; woodcarving, textiles Nahua, Mixtec and Amuzgo; work as coir fiber (coconut waste), the use of sea shells and totomoxtli use, among other modalities.

Then we will tour handicraft production centers mestizos, Afro-mestizos and indigenous communities in addition to descendants of the white population (mostly Spanish, but also French, Belgian, Italian and Lebanese, among others.)